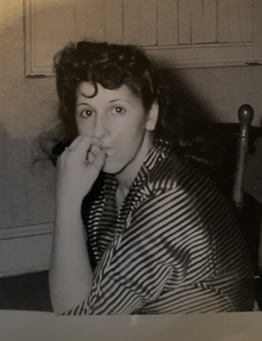 I miss my grandma’s soup. Several times, I’ve tried to recreate it but can’t find a recipe that reproduces it exactly. The results might taste good, but they don’t taste like Grandma’s soup.

The fault could lie with the ingredients, not the kale, white beans, and potatoes, but possibly some missing seasoning or a wrong addition. Maybe it’s the chouriço. The brand I find at the grocery store very likely isn’t the one Grandma kept stocked in her freezer, courtesy of her sisters. Whenever my great-aunts from Taunton, Massachusetts, visited us in Jamestown, New York, they’d bring Grandma plenty of chouriço, along with linguiça and big round loaves of sweet bread. Clearly, not even Grandma could make her soup taste like her soup without the correct brand of sausage.

I once purchased a kind of chouriço that looked promising, fifteen or so years ago, when my mom and I made a trip to the area in Massachusetts where my grandma grew up. The week after I returned home, I made a batch of the soup. It was delicious. It was not Grandma’s. “Try steeping a cheesecloth bundle of pickling spices in the broth,” my older sister suggested. I did. Still not right.

I hate to conclude I’ll never recreate this soup of my childhood, not because I won’t get the ingredients or recipe right, but because I’m not right, not the young girl who loved it, but now a forty-eight-year-old woman with different taste.

I’d rather believe the flavor eluding me came from a special element outside of the soup pot, like something in my grandma’s house where I regularly enjoyed that marvelous soup—the delicious scent of her kitchen perhaps, a smell I can still summon, or the warmth from the huge floor radiator in her dining room, or another feature of that old place on Barrett Avenue. Her home lives vividly in my memories, its steep stairs, the rocking chair that rocked back so swiftly and alarmingly, the butterscotch candies in the crystal candy dish, Grandma’s rosary beads, the Jesus and Virgin Mary pictures, the din of talk and laughter, or Grandma, herself: my bighearted, hardworking, cheeky, generous, hell-of-a-cook grandma. 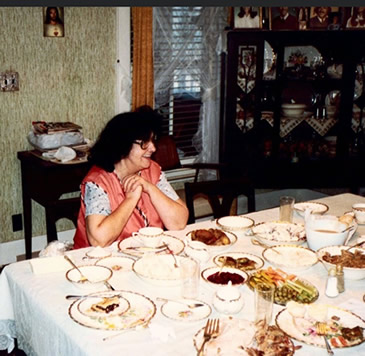 Sometimes I have this elusive-flavor experience with books, too. I’ll reread a childhood favorite but, to my disappointment, won’t relive the former joy. The book simply doesn’t taste the same. I once recommended The Moon-Spinners by Mary Stewart to one of my book clubs because I enjoyed it as a teenager (as I did all of Stewart’s novels of romantic suspense and, to a lesser degree, Victoria Holt’s and Phyllis Whitney’s), but my group members weren’t wild about the read, and to be honest, neither was I. What a disappointment.

More recently, however, I reread Dodie Smith’s I Capture the Castle, another childhood favorite, and to my relief and delight, I did still love it—maybe even more than I had the first time around. I loved it so much I didn’t want it to end. That reluctance to reach the last page, itself, is a rare experience for me these days. I don’t feel it nearly as often as I did when I was a kid.

Anyway, after finishing the book, for a long time, I remained in a happy daze. There’s a song, Bach’s “Sheep May Safely Graze,” that the main character’s love interest plays for her toward the end of the book. I looked up this song and listened to it, again and again, just to reexperience the beauty of that scene. I Capture the Castle had stood the test of time and, once again, captured me.

After rereading the novel, I did what a lot of people probably do when they fall in love with a book. I looked for books similar to it. But my Google search suggested many novels I’d already read, some of which had definitely not impacted me the way Smith’s had.

So I turned to Twitter, mentioned what I was looking for, and discovered a veritable I Capture the Castle fan club. These kindred spirits came through with dozens of suggestions. I’ve ordered quite a few of them. And though I realize one reader’s magic book won’t necessarily enchant another, even if they share I Capture the Castle DNA, I’m cautiously optimistic. 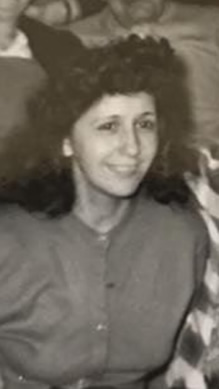 I had such an interesting experience, rereading Dodie Smith’s classic. What that experience was, is hard to explain. I wouldn’t call it an escape precisely. More of a return? But not a return to my childhood. That wasn’t always so great. More of a return to my former reading self, how easily I once lost myself in special books and how these special books, even after I finished them, would stay with me, throwing their sheen over my days, drenching the dreary with a persistent dreamy dazzle, and filling me with hope for my future. Back then, the future almost always looked bright. The future meant freer and happier.

Rereading I Capture the Castle gave me that return. Maybe one of the novels recommended to me will become a new favorite and cast a spell that briefly rescues me from this sorely afflicted current moment and awakens within me the young reader who longed for longing, loved the thought of love, and anticipated adulthood with excitement.

I was such a hopeful kid. A girl who truly believed everything, like a soup long simmered, could only get better in time.