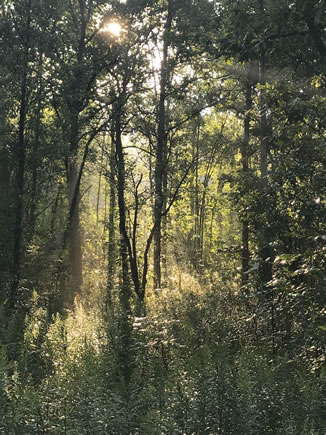 A little after the birth of my daughter, I started writing early in the morning, and for the past twelve years, this ritual has satisfied me for many reasons, not the least of which is the pleasure of having a few quiet hours every day to myself. I could get into all of the other wonderful ways this vocation has enriched my life, but I want to be honest here and discuss a downside. Writing regularly has complicated what was once a profound and unmitigated delight: reading.

I still read, of course. I read a lot. But becoming a writer has changed how I read. I can’t lose myself in a book as easily as I once did, and I miss that immersive dreaminess. An exciting chapter that would have had the old me whipping through pages, enthralled by what’s unfolding, now usually has me wondering how the author engineered the exquisite tension and spanking pace. Wearing the writing cap while reading helps me hone my craft, but I can’t seem to take the damn cap off.

When a book does manage to transport me, I’m grateful—and also conscious of the irony that these books that make me forget I’m a writer keen on learning from other writers probably have the most to offer, instruction-wise.

My eleven year old and I recently finished reading The Hobbit, and there’s a moment toward the end of this classic that entirely absorbed me. It even moved me to tears. It has to do with the Arkenstone, “Heart of the Mountain,” the priceless gem in the precious horde that Smaug the Dragon has stolen and the dwarves want back. Recouping the treasure seems to be the whole point of this adventure novel. It’s why the dwarves, upon Gandalf’s recommendation, hire Bilbo Baggins in the first place.

The section that captivated me comes after (spoiler alert) Smaug the Dragon has been slain, the dwarves have taken back their ancestral home and fortune, and Thorin, the dwarves’ leader, has ordered his company of dwarves to fortify his mountain from attack. Since Smaug dies, not at the hands of the dwarves, but at the brave warrior Bard’s, and since many elves and men lose their homes, family members, and friends battling the dragon; Bard, the Elvenking, and the men of Esgaroth want rewards and reparations—in short, a (reasonably small) portion of Thorin’s treasure. Thorin disagrees and refuses to parley. A siege ensues. The would-be friendly neighbors become enemies. War appears imminent.

But Bilbo Baggins takes action. He puts on the ring to make himself invisible, slips away from the company of dwarves, approaches the Elvish army, and offers the Arkenstone to Bard and the Elvenking as a bargaining tool. Bilbo knows Thorin, the leader of the dwarves, who has been searching for this treasure among his restored piles of riches and covets it above “a river of gold,” might become more inclined to share a percentage of his fortune in order to secure the Arkenstone’s return. Bilbo also supposes, once the wealth is shared, there will be no reason for the neighbors to battle.

Bilbo’s action could be construed as wrong. He is betraying his friends the dwarves, offering the enemies something that’s not his to give away, and deliberately undermining his employer Thorin. (Yes, Bilbo was hired to be the dwarves’ “burglar.” But he wasn’t supposed to steal from them!) His action could also be deemed plain dumb. Thorin’s going to be pissed. Bilbo will undoubtedly lose his job, the portion of the treasure he was promised at the onset of the adventure, his friendship with the dwarves, and possibly, given Thorin’s certain impending rage, his life.

Yet his action could not be more right. Though the dwarves have become his dear companions, Bilbo perceives how the restoration of their property has overcome their prudence. Their infatuation with the gold makes him very uneasy. Tolkien coins this lust for treasure “dragon sickness,” and indeed, especially in Thorin, the wealth incurs a monstrous selfishness and greed. It makes sense that the mountain-turned-fortress, in which this lust unfolds, is called the Lonely Mountain. Its cache of riches, far from elevating Thorin as a leader and growing his esteem, sours and sickens him, poisons his mind, and compels him to withdraw in suspicion and shrink from his neighbors: an isolating effect, for sure.

Bilbo understands averting a war between neighbors is important and necessary, and he gives Bard and the Elvenking the means to bring about that peace. His action is unconventionally but indisputably heroic: selfless, brave, wise.

I didn’t see this moment coming. Honestly, chapters earlier, when Bilbo first spies the bare patch on Smaug’s underbelly, I thought he’d play the hero in the usual way and find the opportunity to thrust his little dagger into that vulnerable spot. Instead, Bilbo’s discovery is communicated to the character Bard, and Bard is the one who drives an arrow into Smaug and slays him.

How marvelous that Bilbo’s ultimate act of heroism doesn’t manifest with the traditional trappings of expert marksmanship and athletic prowess. How remarkable that Bilbo, by entering the enemy’s camp and handing over the Arkenstone, has little but peace for others to win and, personally, a great deal to lose. How amazing that Bilbo does all of this on his own, without the help of Gandalf or anybody else. And how profound that Bilbo doesn’t follow this deed by hiding out with the elves and luxuriating in their praise but rather returns to the dwarves’ stronghold to take responsibility for his action and face Thorin’s wrath.

Friendship among neighbors and the preservation of peace: These are the true treasure. It is for Thorin’s own good that Bilbo does what he does. It is for everyone’s good—except, perhaps, Bilbo’s, given what he risks by performing this deed.

Oh, little Bilbo, our unlikely hero! Reading this beautiful section gave me a few moments of pure readerly pleasure and transportation. I forgot myself, forgot I was even reading. I was utterly overcome. That sweet swamping of self…what a joy.

Only after my kid and I finished reading the novel did I remember to slap back on my writer’s cap and marvel at Tolkien’s skill, not that I think I will ever manage to emulate or match it.

The Hobbit left me wishful and wistful and wondering. If only we had more Bilbos among us and fewer gold-lusting Thorins, more generosity and less selfishness. The usual rags-to-riches plotline in which the protagonist’s heroism wins them wealth and romance is all well and good, but I prefer a homebody-to-humanitarian tale. We have quite enough cravers of rich resources in this world. We need more givers.

At the end of this beautiful chapter, Gandalf, after secretly and silently witnessing Bilbo’s courageous act, remarks, “There is always more about you than anyone expects!” We all have more about us than anyone expects. It’s wonderful when that “more” turns out to be generosity, good sense, and a spirit of peace.