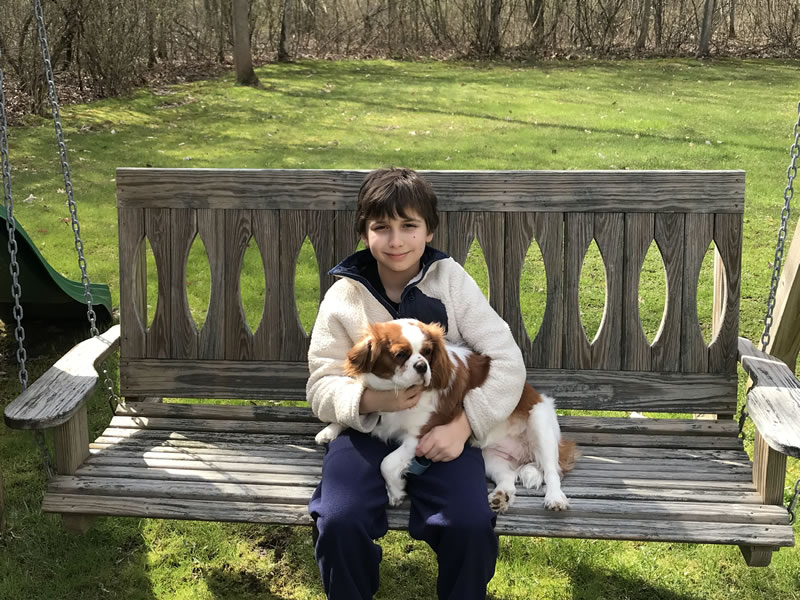 We’ve almost reached the end of Harry Potter and the Sorcerer’s Stone, so we’re past “The Mirror of Erised,” my favorite chapter. This is the section in which Harry, fleeing Snape and Filch, slips into an unused classroom and discovers an enormous mirror—a most unusual mirror. In it, Harry doesn’t see himself reflected; rather, he sees people he eventually recognizes as relatives, the family he never knew—in particular, the parents who left him orphaned: “They just looked at him, smiling.” Harry, understandably, “stared hungrily back at them” and felt “a powerful kind of ache…half joy, half terrible sadness.”

This miraculous sight enthralls Harry. Though he tears himself away from the mirror, its reflection consumes his thoughts and lures him back three nights in a row. The reader forms an inkling of how the mirror works when Harry visits it the second time with Ron in tow. Harry wants to share the sight of his family with his friend. Instead, Ron looks in the mirror and sees himself—that is, he sees himself as he’d like to be, as head boy and captain of the Quidditch team.

Albus Dumbledore, who interrupts Harry’s third visit to the mirror, makes the mirror’s trick explicit: “It shows us nothing more or less than the deepest, most desperate desire of our hearts.” (Note how Erised is desire spelled backward, cleverly, just as a mirror would show it.) Harry, who never knew his family, sees them at last. Ron, “overshadowed” by his family, becomes the Weasley star. Unfortunately for Ron, this mirror isn’t predicting his future. Dumbledore clarifies there’s no truth or knowledge to be gained from these reflections. In fact, there’s much to be lost. As Dumbledore warns Harry: “Men have wasted away before it, entranced by what they have seen, or been driven mad, not knowing if what it shows is real or even possible.”

The mirror can only manifest a wish. It can’t make it come true.

These scenes have me thinking about the nature of desire, both productive desire and the unproductive kind. Desires, in general, aren’t bad, and Dumbledore doesn’t claim otherwise. It would be undesirable for Harry not to desire. Indeed, humans are a mess of wants and wishes. Desire determines our days, motivates us, compels us to work, strive, think, and try. The same is true for characters in books. A sensible writer will identify early on what his or her main character craves because that desire will drive the character to act and react, move and make decisions, all of which will fuel the story—create the story. A strong plot hinges on an urgent desire.

And yet the urgent desire—in life, in fiction—should be, however remotely, attainable. “The Mirror of Erised” chapter suggests desire is dangerously problematic if it’s impossible or if it can’t be coupled with action. Harry can see his parents Lily and James but can’t interact with, touch, or really know them. And though the sight of them entrances Harry, it also immobilizes him. Not only does his strong desire to solve the mysteries surrounding the sorcerer’s stone subside (“It didn’t seem very important anymore. Who cared what the three-headed dog was guarding? What did it matter if Snape stole it, really?”); he loses even the desire to eat, sleep, and play. Significantly, every night before he creeps through the castle to visit this mirror, he must first don his invisibility cloak. His communion with this deep, though impossible, desire erases him. It eclipses all else.

The situation requires Dumbledore’s intervention. His wisdom and warning pull Harry from his trancelike obsession and awaken him to the insidious effects of the mirror. And Dumbledore’s decision to remove the mirror makes it harder for Harry to succumb again to this particular desire—one that can only be stared at, one that clings to what is already dead and gone, one that, far from pushing Harry forward, requires slavish immobility and all but guarantees eventual despair. As suggested by the reversed spelling of the mirror’s name, this kind of desire is backward.

And to thrive, Harry must go forward and move on. Consider the Quidditch position he wins by virtue of natural-born talent. He is, at heart, a Seeker.

After the kids and I read this chapter, later in the day, my younger one brought up the magical mirror. He was sad for Harry, sad he never knew his parents, sad that even when Harry was able to find his mom and dad in the mirror, he couldn’t hug them.

That would be very sad, I agreed (and gave him a big hug). I asked my kid what he might see if he looked in the Mirror of Erised.

He thought about it for a moment before saying, “Me as a scientist. I’d make cures for diseases.”

A good desire, I told him. A good goal to work toward.

But his answer also made me think about the number of children who will come out of this crazy quagmire determined to become the people who will prevent such a crisis from ever happening again.

Oh, these future scientists, researchers, doctors, leaders: I give them all of my hopes and wishes.

They are great Seekers, every single precious one of them.