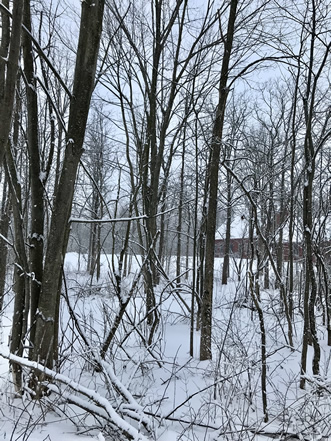 The other day, on a mission to gather books that needed to be returned to the library, I waded through my older child’s room, skirting piles of stuffed animals and hopping over scattered markers, colored pencils, Pokémon cards, nail polish, sketchbooks, Littlest Pet Shop figurines, and who knows what else. I found the library books mixed in with some of my girl’s books, on the floor by the shelves.

While culling the borrowed from the owned, I came across a few picture books that I used to read to the kids. Oh, these books! They looked ravaged with love: bent, tattered, scribbled upon, torn, even (in the case of the board books) chewed. I still know some of their lines by heart: “Little bird, biddle bird, time for your snack. But Mommy is busy and hasn’t come back” and “Chicka chicka boom boom! Will there be enough room? Look who’s coming. L M N O P!” and “Goodnight, stars. Goodnight, air. Goodnight, noises everywhere.”

I bet you know some of these words, too.

When I finished crying into the picture books, I set them aside, made a stack of the library items, then straightened the bookshelves. There, I found our well-worn copy of Harold and the Purple Crayon by Crockett Johnson. My kids adored this one, too. It has an evocative premise: Harold, the young protagonist, creates his own world by drawing it. For instance, when he wants to go for a moonlit walk, he draws the moon and a path. When the path proves too long, he fashions a shortcut. Everything that unfolds in the story—from dangers to desires—springs from his spontaneous purple-crayoned world-building.

As I was rereading Harold and the Purple Crayon, I was struck by its meta quality, how the author created a story about creating stories. Something else struck me, too. Something that made me reflect on a question I’ve been asked before: “Which fuels your stories—character or plot?” My friend, writer Tommy Dean, in his marvelous mini-interview series, puts it this way: “Which is your writerly lifejacket?”

This question, however worded, recognizes that some authors pay especially close attention to the human aspect of their stories, their characters’ quirks, longings, growth, and connections, and it’s the authors’ expert character development that consequently keeps readers reading. Other authors, on the other hand, are masters of plotting, and their establishing and sequencing of intriguing events make their readers hungry for what will happen next.

In the past, I’ve never answered this character-or-plot question to my satisfaction. But now I think I could, thanks to Harold—and also thanks to my latest endeavor.

I’m currently in the thick of revisions (again!). Though my characters are pulling their weight, the plot needs a bit of work. I’m in the process of altering an important thread and have cut paragraphs, added replacements in the margins, tucked sentences into the spaces between lines, and written whole new scenes in my notebook.

As tedious as this job might sound, it’s actually turned out to be remarkably doable. Not easy. Definitely time-consuming. But manageable. On some days, even fun. It certainly doesn’t have me tearing out my hair, pacing, or cursing. And I’m beginning to realize this task has been possible because one thing I don’t have to change is the setting.

I’m very glad I don’t have to change it because I like my setting. The story primarily takes place during a blizzard and in an old cobblestone inn that sits on an odd intersection of five corners in a small western New York town. This town has a rich past, thanks to its swath of the Erie Canal. The spaces within Five Corners—Molly Knack’s attic bedroom, Grandma’s kitchen, and the oldest part of the inn, an unused wing that ends up being opened during the snowstorm to accommodate some stranded travelers—are like individual members of a family, each boasting its own “personality.” The inn, its rooms, the rugged landscape of snow country…this setting feels real to me. It is a place in which many things can transpire—dangers and disappointments, mysteries and revelations, fun and fighting. Friendships. Healing. Hope.

The setting even permits a ghost or two.

What my characters do and how the plot unfolds largely depend on this setting: Five Corners Inn holds a secret that must be uncovered to avert disaster, and yet it also holds obstacles complicating this secret’s discovery, not the least of which are the characters, themselves, their internal and external conflicts, exacerbated by the proximity that the blizzard has enforced. So imperative is this setting to the story—so dramatically does it act on the characters and shape their actions and thoughts—that it practically qualifies as a character. It is layered, complex, surprising, unpredictable.

So back to that character-or-plot question. Now I would answer, “Both, plus setting.” It’s obviously important to create complicated characters and finagle interesting plots. But I’m beginning to see how necessary setting is in helping me to accomplish those tasks.

I am able to revise what happens in this story because the world of the story allows for new happenings. It could, in theory, allow for countless happenings, far more than I need for the book. The setting is both sound and yielding—that is, high-yielding, as in generative.

If a writer establishes the right setting—a convincing and compelling one, described in such detail that it bears the attributes of a real environment—the setting can represent more than the time and place in which a story is set. It even can do more than become a vehicle for symbolism and metaphor or a way to illuminate the character through whose point of view the setting is described. The setting can, in fact, engender the story.

It can permit things to happen. Indeed, it may cause them to occur.