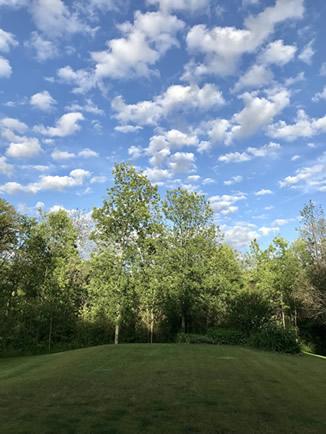 My husband Michael and I met twenty years ago. On one of our first times out together, we went to the cinema to see The Fellowship of the Rings. It was a great date. Certainly, the fellowship could have stood a little femaleship and (cripes, Hollywood) some diversity. And yes, I found the backstory detours and not-an-ending ending disconcerting. Still, the fantasy adventure had some things going for it. The mischievous Merlin-y Gandalf, the sweet and earnest Frodo, the terrifically terrifying Elf Queen Galadriel, and all that Legolas-Aragorn-Arwen gorgeousness, plus the stunning landscapes and special effects (Arwen’s summoning of the flood!) and the sweeping score, enhanced with a little Enya mystical magic: They dazzled me. Michael and I were transported.

In our lingering enchanted state, we went out to eat afterward and talked about the movie. I remember asking him which kind of character he’d be if he were a Middle-Earth type—elf, dwarf, hobbit, etc.—and feeling pleased when he (though brawny and six-foot-three) chose hobbit. I liked that he could see himself in the small, quiet, and unassuming Frodo or Sam, rather than the willful warrior Aragorn, powerful wizard Gandalf, or skillful, beautiful Legolas (characters my former flames no doubt would have readily claimed as kin). Plus, I have a lot of hobbit in me, too. After the movie, we decided to read the books. Unlike me, Michael had read The Lord of the Rings before, but he was happy to read the series again. We had a book club of two. And that was the beginning of our romance.

Now I’m reading The Hobbit to our eleven year old, a tale new to both of us. (Twelve isn’t interested, so she and I are reading The Lightning Thief.) My younger kid and I are only halfway through Tolkien’s classic, but one thing I’m admiring is how beautifully Tolkien establishes Bilbo Baggins as The Unlikely Hero.

From the start, Bilbo makes it clear to Gandalf he doesn’t want to play a part, any part, in an adventure, let alone the hero’s role. Hobbits, in general, lack an impulse for adventure. They don’t just stay put on their properties; they burrow into them: “In a hole in the ground there lived a hobbit.” And though Bilbo possesses some characteristics that might serve him well on a bold quest, those qualities are checked by more dampening traits. He is clever but cautious, loyal but self-indulgent, friendly but fearful, hospitable but homebody-ish, honorable but complacent. Sure, Bilbo has an abundance of common sense, but common sense isn’t exactly the sexy stuff of heroes.

Nevertheless, this adventure belongs to Bilbo Baggins, the humble hobbit. Even the title is his. And therein, I think, lies this book’s tremendous draw. Kids can see themselves in Bilbo. Indeed, they’re of a size: little. 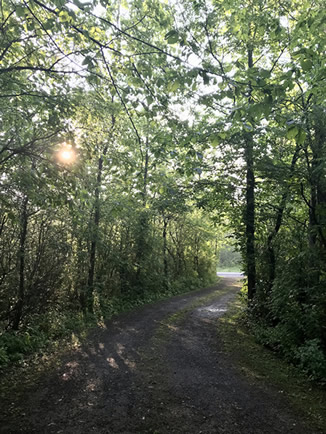 My writer friend Renee recently asked me to consider teaching a kid lit-related workshop at her university, where she serves as the humanities center director. There are many subjects I could discuss for this occasion, but The Hobbit has me thinking about the prevalence of The Unlikely Hero in children’s literature. A trope for a reason. Readers like it, especially young readers.

It’s the “unlikely” in The Unlikely Hero that appeals. It’s hopeful. Kids need that hope, need to believe no matter how difficult a situation is, they can rise to the challenge and confront it, even if nobody believes they can. Childhood may be coined “the formative years,” but I suspect opportunities for kids to form themselves and determine who they want to be are frequently, maybe overwhelmingly, hampered by the opinions others have formed about them. “You’re such a nerd,” a kid might hear on a regular basis if this kid happens to get good grades. “She’s a prep.” “He’s a pothead.” “They’re jocks.” Cheerleader, class clown, girly girl, goth, gamer, skater, stoner, mean girl, teacher’s pet, punk. We remember, right? We were kids once. At the end of my middle-school years, I received the award for “Most Studious.” I wonder how different my life would be if I hadn’t won this award—or if I’d received a different distinction.

We don’t necessarily resist our labels. In our desperation to belong, find friends, and feel safe, we very well may cling to our clique. But any designation comes with expectations and is inherently limiting. To belong is to exclude, not only others but the parts of ourselves that don’t fit our role. Belonging’s cost of admission is the loss of exploration, experimentation, and self-invention.

So when there’s a book that presents a main character who definitively models a “type” and then suddenly, spectacularly acts in ways that counter his type’s distinctions, the reader gets to experience a twofold thrill: instances of (self) recognition, which wring the heart, and instances of unrecognizability.

How we delight in those startling moments of subversiveness.

Frodo is one such main character. He isn’t merely relatable. He also represents the possibility of transformation by casting aside the constricting condition of his hobbitness, proving others wrong about him, and not being how others see him—in fact, not being seeable at all, when he slips on the ring. That ring! It’s one thing to live largely unnoticed and ignored by bigger, more important people; it’s quite another to choose invisibility on one’s own terms and exercise this power to evade danger, avert disaster, and outwit foes.

The Unlikely Hero is both mirror and portal: Here you are, the hero confirms. Now come and find who you may be. However that “may be” manifests itself, it promises to be singularly surprising.