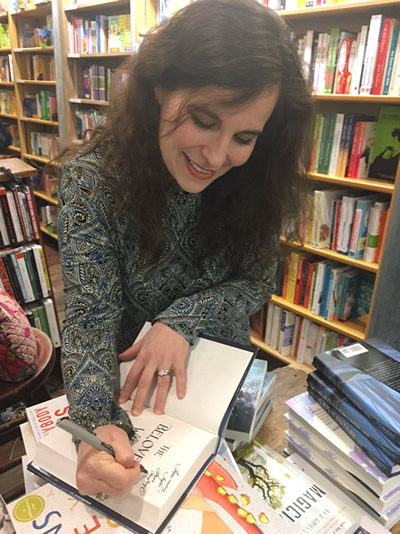 I’m keeping the teacher’s name to myself, but I’ll tell you this: I liked him. We all liked him. Cheerful, energetic, creative, funny, kind: there was a lot to like.

But on one particular day, our teacher did not like us.

I don’t remember the season, the time of the school day, or what grade I was in, though I think it was seventh. I don’t even remember the subject. But I remember, on this unfortunate occasion, how displeasure reddened the teacher’s face. He paced in front of our neat rows of desks, papers scrunched in his fist at his side. Those papers were our tests, the examination we’d all—every single one of us—bombed.

He halted and whirled around to fix his frustrated gaze on a kid in the front. “Did you study?”

“What about you?” he barked at the next student. “Did you study?”

The teacher repeated this question to one student after the other. Some just wagged their lowered heads.

But when he got to me, sitting in the back of the classroom, I answered, “Yes.”

And it was true. Now I couldn’t tell you what I’d studied that night before the exam, but studied I had. In the bedroom I used to share with my older sister, I’d sat cross-legged on the narrow bed, my textbook splayed on the floral polyester bedspread, and prepared for the test. I remember this keenly.

My teacher demanded, “For how long?”

“Then I guess an hour and a half wasn’t long enough.” He turned to the next hapless student and continued his interrogation.

What aspects of this memory linger? The agony of disappointing a teacher I admired, how scary his student-by-student confrontation was (almost like another test!), the fleeting vindication I felt being able to answer, quite truthfully, that indeed I had studied (So perhaps the fault was his? Maybe he’d devised an unfair examination?), and—most especially—his response. Oh, that quick, cutting response! It makes me smile ruefully now.

Rest assured, I was not smiling then.

This incident makes me think of my more recent endeavors—these days, writing projects, including my novel, The Beloved Wild. It came out at the end of last month. In stark contrast to that long-ago, scary test, my historical debut has been a very positive experience. It’s received lovely reviews. My friends and family are proud of me.

But that word debut…how dapper and cocky it sounds. Strutting. Triumphant. And yet, deceiving. Yes, The Beloved Wild is my first published novel. It is not, however, my first novel.

My first novel was actually the first in a series of four novels. These four also represent my foray into fiction-writing. About ten years ago, I decided I wanted to be a writer and tackled the goal by penning this series. It was premised on the close-knit friendship of four young women, each of whom takes a turn shining as the main character. Besides sporting the different characters’ first-person points of view, the novels also reflect different genres: romantic suspense, comedic “chick lit,” adventure fiction, and thriller. I cut my literary teeth on these books, and after finishing all four, I queried the first, my work of romantic suspense, The Darker the Berry. I sent that query to many literary agents. A few requested the manuscript, but no one liked the novel well enough to agree to represent me. So I set aside the series and moved on.

I decided maybe a romance novel was the ticket. It wasn’t. (Please see the previous paragraph. Novel number six followed a similar trajectory.)

Next, I returned to young adult fiction, this time trying my hand at writing a historical novel. The book, initially entitled Harriet Submit Winter, became The Beloved Wild…and ultimately, my first published novel. But before I started querying agents with Harriet’s story, I’d already moved onto my eighth novel, The Unleaving.

How many times during this decade did I reflect on my own tedious habit of failure? How often did that litany of middle school self-castigation—I didn’t study long enough. I didn’t try hard enough. In the end, I wasn’t good enough—haunt me?

Meh. Not as many times or as often as one might expect. I think that’s because other things were happening in the course of this publication journey. I should mention three of them.

First, the journey involved (and still does involve) a great deal of reading. Whenever I take on a project, I delve into both nonfiction (for the purpose of research) and fiction (for the purpose of getting a feel for the relevant genre). For example, when I was gearing up for that YA thriller, I read others’ successful, compelling YA thrillers, so I could stuff my head with their “sensibility.” All of the reading wasn’t just edifying. It was entertaining.

Second, after I failed to win an agent when I queried the first manuscript of that four-book series, I began to intersperse my novel-writing sessions with short-story ventures. I’m glad I got into crafting briefer pieces of fiction: I managed to get some of them published, but more importantly, creating short fiction sharpened my attention to detail and heightened my awareness of style and voice. Essentially, it improved my writing. I still devise short stories, mostly flashes, usually while I’m in the thick of writing a novel. My mornings belong to novel-writing; some of my afternoons, to short fiction. These petite pieces are like palate cleansers that clear my head of the laborious muddle of long narrative entanglements and focus my skills.

Third, my publication journey changed me. It changed how I felt about authorship and artistic expression. Initially, my novel writing was goal-oriented. Publication: that was the whole point, the only true measure of success. Early on in my writing life, not getting published felt like that aforementioned experience in the classroom. A big F on a test. Failure.

When publication eluded me (repeatedly), I won’t lie and say I wasn’t discouraged. Of course I was. But not hopelessly discouraged. This is because something else, something rather strange and wonderful, was happening. I began to enjoy writing for itself: rising early in the morning, bringing a cup of coffee into the quiet office, returning to a story I was crafting, slipping back into my characters’ lives, getting lost in their adventures, helping them find their way out of tricky trials, hurting for them, celebrating with them…

The very act of writing became worthwhile. It turned fun.

Publication feels like getting an A on a test. Sure, it’s an accomplishment. But so, too, is world-building and wordsmithing and committing to a task and seeing it through to its end and reading and exercising the heart and brain and learning so much along the way. There is joy to be had in writing, even if those words that start with the writer stay with the writer.

Imagine if a sculptor only sculpted if assured that a museum would display his finished work. Or if a singer only sang when guaranteed an avid audience. How mean, miserly, blinkered. Calculating. Insincere.

Give me a Van Gogh any day. A person who paints furiously, prolifically, passionately—and without any encouragement at all. Indeed, people urged Vincent to quit.

Aren’t we lucky that he didn’t?