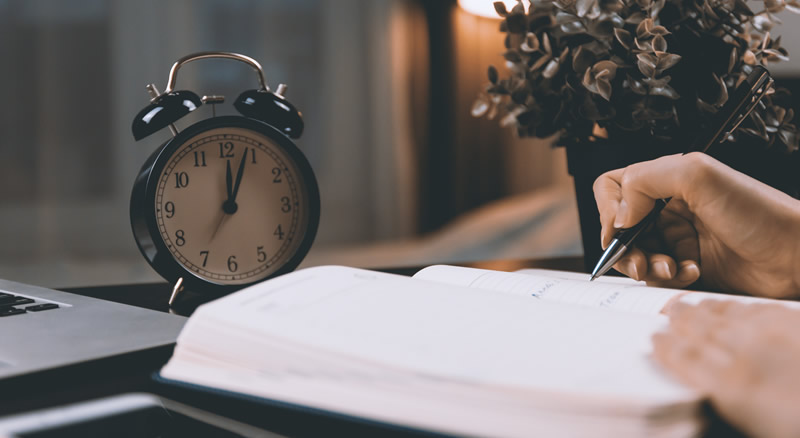 The best writers are enchantresses. Their books bewitch us. But how do they cast their magic? This is the question that lingers after I finish a superb novel, and I’ll research the writer to try to answer it, delving into those sources readily available on the internet—reviews, biographies, interviews. I especially enjoy reading the interviews and getting the inside scoop on the author’s life, like the time of day she writes, the snacks she eats, the books she calls her favorites. I relish these details. The admissions of rituals and preferences compel me, as if such minutiae were the stuff of alchemy.

There is one interview question, however, that frequently and obviously rubs authors the wrong way: “Where do you get your ideas?” And honestly, the most common retort rubs me the wrong way: “I go to the idea store and buy a good one.” It’s blatantly snarky (and sadly unoriginal. Writers grumble this all the time. They must also visit the cliché store).

Maybe the sarcasm is a way to hide uncertainty and fear, for the truth is, probably few writers know exactly where they get their ideas. The ideas seem to beget themselves. (And—eek—what if they stop spontaneously reproducing?)

This is true for me, too, of course. Sometimes I’ll read over a story that I’ve recently drafted and find myself scratching my head and asking, “Where did this come from?”
So though I wish I could divulge the secret source from which powerful ideas spring, I’m not sure what that source is. But I do have an inkling of where intriguing ideas lurk, and I want to share a few of these nooks, crevices, and dark corners with you.

The news is depressing as hell but nevertheless a perfect place to find fuel for fiction. However, I don’t necessarily approach a news story directly. Usually an article about a catastrophe or crime focuses on the victim and perpetrator. I’m interested in those people not mentioned but who must surely exist: the victim’s son, the criminal’s mother, the neighbor who witnesses the misery unfold.

Here’s an example. I read a piece in my favorite news magazine, The Week, about individuals struck by lightning and how, in the case of one man, the strike altered him in a fundamental way, scrambling his very personality. And I asked myself: What if this man had a daughter? And what if this daughter’s life already sucked because her mother suffered from severe depression? And what if the only steady person this girl had left was her brother, but even that relationship was turning tenuous? This became the premise for my short story, “The Intentionality of Lightning.”
Reading an article, noticing what isn’t explained or revealed, asking questions about these unknowns, fabricating answers, and always, always, always investigating the tragedy with a curiosity tempered by deep sympathy—well, there’s bound to be a story hiding around there somewhere. Look in the thicket on the edge of the terrible thing that happened.

Dreams can kindle stories in interesting ways, perhaps because they’re the products of unchecked, uncensored brainwork, not to mention vivid manifestations of those things we love the best and loathe the most. You can’t beat the unchecked and uncensored for fiction-writing material. Mine your dreams for material.

A few years ago, I dreamed I was in high school again, sitting in the bleachers during a pep rally, when I suddenly floated up to the gymnasium ceiling and began to bob around the florescent lights. People screamed, “Witch! Witch!” The cheerleaders tossed up their pom-poms. The basketball players hurled their basketballs at me. And I just kept bobbing around, with as much volition as a helium balloon.

I tucked the dream into a story—basically just handed it over to a character, a lonely but imaginative adolescent. Then I added two popular teenagers—a young couple privately dealing with an unplanned pregnancy. And then I put these three teens in a biology class group activity. The story is called “When Figgie Flew.”

The unplanned, unwanted pregnancy in the previously mentioned story might sound familiar if you happen to be like me, an Ernest Hemingway fan. Hemingway’s “Hills like White Elephants” is an exquisite piece of fiction. Besides the pregnancy aspect of the plot, “When Figgie Flew” doesn’t resemble Hemingway’s story. At most, one might argue my young couple’s crisis alludes to it. But “Hills like White Elephants,” with its fraught silences and miscommunications, definitely inspired me.

Studying a favorite short story, novel, fairy tale, or poem is a powerful way to prick the imagination and spur creativity.

All stories require settings—but certain stories absolutely hinge on their settings. Indeed, the place where the story unfolds may figure so prominently that the location, itself, half-functions as a character. Perhaps you know of such places in your life—places that define, invigorate, or repel you. The woods you fear, an apartment you hate, a meadow you love: they can come in handy when you’re seeking an interesting premise for a story.

Hamlin Beach, a beautiful state park I visit frequently due to its proximity to my house, is one such place for me. Its campsite gave me the setting for “The Charred Companion,” its beach figures prominently in “Extra Sharp,” its portion of Lake Ontario inspired “Gravity,” and one of the park’s old playgrounds became the spot in which I set “Theory in Cool Grass.”
Take note when you experience a place viscerally. There are stories to be found there.

Who wouldn’t want to be a writer? You get to work from home, snack frequently, sprawl on the couch and read, read, read, drink gallons of coffee, wear your pajamas all day, and do a crapload of crazy things, all in the name of research. And this isn’t even the half of it!

The very best thing about writing? You can actually put to good use every horrible, worrisome, unjust, devastating, humiliating, irritating, depressing, infuriating, frustrating, humbling, and frightening thing that ever happened to you. If you can bear to train your attention on your anguish, you’ll find more ideas slinking around than you will know what to do with.
Who else but a writer can build something excellent out of tears, sweat, and scars?

Hurt can seed a story. Loss can fill up the page. There’s something marvelous about that.