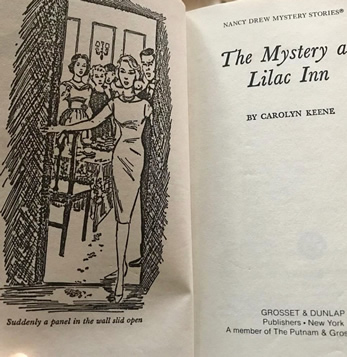 Most recently: crocosmia. Their slender shoots have just poked through the ground. Already up: the weirdly shriveled starts of peonies, red in their infancy, and tulip leaves, sinuous like unspooled ribbon. Also making an appearance: iris spears, poppy mounds, clumps of bleeding hearts, and the ruffled foliage of columbine.

In this second week of April, hardly anything’s blooming, but the hyacinth leaves now cup clusters of burgeoning purple, and the daffodils, which for days and days bristled with buds, have at last begun to open. The first flowering transpired abruptly. One morning after weeding, I slogged into the house and complained to my husband that I didn’t think the daffodils would ever bloom. After lunch, I went back outside and discovered, on the edge of the meadow, a whole swath of yellow bonnets. The daffodils must have opened within the hour.
This season is aptly named. Unlike winter, summer, and autumn, spring connotes pure action and action of a particular kind: quick and startling. It’s an exciting time. When things happen, they happen fast.

The season makes me think of a word I’m inclined to use a bit too much in my writing: suddenly. During the revision process, I have to make myself ruthless and weed out that word (or some of its appearances, anyway), along with a slew of adjectives, adverbs, and exclamation marks.
Overuse of suddenly can drag down the pace of a piece of writing (ironically, given the word’s meaning). The word can also seem trite, a heavy-handed warning to the reader: “Wake up! Something important is about to occur.” But it’s usually unnecessary. The important thing can simply occur. For example, instead of “Suddenly, her hand gripped his thick throat and squeezed hard!” one could simply write, “Her hand gripped his throat and squeezed.” The reader gets to experience the shock of the action in an immediate fashion, without being warned beforehand.
Mind you, I’m explaining the sins of suddenly grudgingly. I like the word. And I’m in good company.

In her essay “The Shape of the Narrative in The Lord of the Rings,” Diana Wynne Jones (the writer perhaps best known for her wonderful Howl’s Moving Castle) argues that Tolkien “was far more concerned with the matter of his narrative than its manner”—more of a STORYteller than a storyTELLER—and as evidence, she notes how he employs suddenly with abandon: “Suddenly the lights went out.” “Suddenly he knew in his heart…” “Suddenly the silence was broken.” Jones softens the teasing with this evocative statement: “As I know well enough myself, ‘suddenly’ is a word hard to avoid in this kind of narrative.”

By “this kind of narrative,” I believe she means a journey narrative or a heroic quest. An adventure. This intrigues me. It begs the question, “Why is suddenly hard to avoid in the writing of such books?” 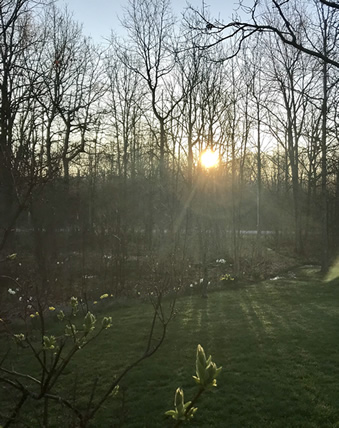 I think the answer must have to do with the excitement heroic quests so beautifully manufacture. Excitement and suddenness go hand in hand. Indeed, journey narratives explore settings as rife with wonder and revelation—the hallmarks of suddenness—as they are littered with dark woods, fortresses, caves, castles, and towers.

However, a writer doesn’t need to preface sentences with suddenly to create the experience of suddenness. I’m also not suggesting that writers should plug the abruptly amazing into their prose willy-nilly. Small seeds can get planted here and there along the way, so the eventual shock doesn’t feel contrived. One day, green pokes through the ground; another day, buds form. The actual blooming, though: this may happen quickly.

When I think of the best examples of suddenness in books, I’m struck by their paradoxical nature, their quality of being simultaneously unexpected and inevitable. Effective suddenness may inspire a “Holy crap, that surprised me!” followed immediately by “Yes, yes, of course. This had to happen.” Speaking of Tolkien, consider this masterful twist at the end of his famous trilogy: the moment, during the battle of the Pelennor Fields, when Éowyn confronts the Witch-king of Angmar. The Witch-king, knowing full well the thousand-year-old prophecy by the Elf-lord Glrifindel foretelling that the Witch-king will never fall “by the hand of man,” brags about his apparent invincibility. But Éowyn (suddenly, wonderfully!) rips off her helmet and retorts, “But no living man am I! You look upon a woman.” Then she kills him with her sword.
Oh, how I love that.

Suddenness sparkles in a narrative and improves its momentum. I value realistic dialogue and original descriptions, but if all a writer does is set a scene or describe a landscape or float back in time to deliver a detailed flashback or provide a chapter of backstory or share a super-long conversation or present a character sprawled in bed, sighing and mulling her feelings, the book will bore the hell out of me.

I get plenty of ruminating, mulling, and reflecting in my own life. What I crave is action. Not necessarily BIG action. Nothing need explode. Some of my favorite books are quiet novels with slow builds. But build, they do, by weaving incidents of suddenness into the gradual and inexorable.
The swift and the immediate so often represent definitive turning points in a book. They stir, sparkle, jostle, surprise. They may involve gestures that, though slight, feel laden. Or they may ring with epiphany. Sudden moments, the instances when important things happen, fuel the narrative and compel us to keep reading. They mark setbacks, advancements, and the fruitions of fate. They alert us to change. They satisfy.